A few weeks ago, I stumbled upon a fascinating article titled, “Ethereum Energy Project Now Powers 700 Households in 10 Cities” which briefly details the beginning operations of a “peer to peer” energy trading platform. The platform, Lition, currently touts licensing as an energy supplier in 12 cities, operation in 10 cities, and successful energy supply to over 700 households in Germany thus far (Hertig). Lition currently has seven active power plants as well as various wind, solar and biomass plants listed as suppliers (Woerpel).

Lition, which launched in 2018, is utilizing the decentralized nature of blockchain, and specifically the Ethereum blockchain, to disrupt the rather rigid supply chain operations in the German energy sector. The platform completely bypasses the role of current multinationals and intermediaries controlling energy distribution and instead allows consumers to access energy at a cheaper price while having the ability to choose which energy supplier they want. Supposedly, consumers are saving as much as 20% on utilities while the operation simultaneously enhances revenue of the energy providers by nearly 30% (Bitcoinist).

"Lition shifts the power from the large international utility to the customer. This is my view of democratization of the energy sector.” 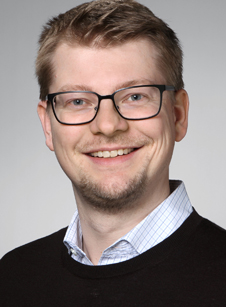 Lition has addressed some challenges thus far, including the possible pitfalls in blockchain technologies, such as the length of time to process transactions. This is supposed to be remedied via Lition’s partnership with SAP, one of Germany’s largest software companies, to create their hybrid blockchain technology (Hertig). The hybrid technology’s highlight is its ability to operate at a faster pace than public, permissionless blockchain while providing security over one’s data on the blockchain. This is achieved using their smart contract and side-chain model that allows access to certain ‘branches’ off of the blockchain and verifications to ensure a legitimate, quicker transaction (Stein et al). Were Lition to expand and become the primary means with which German citizens access their energy, I wonder if the centrality that now is held in the power of the few intermediaries would simply be shifted to Lition and SAP, as their platform inevitably acts as an intermediary. However, with more desire for transparency and choice within the market, Lition is a formidable opponent for the current dynamics of energy sector supply chain and power structures.

The biggest challenge facing Lition, according to CEO Lohwasser, is the efficiency of their hybrid blockchain technology. While it may be much more efficient than the Bitcoin blockchain due to its use of smart contracts and side-chain functions, the platform still uses a significant amount of digital mining power and electricity. Lition is committed to promoting renewable energy providers and strives towards a ‘greener’ energy sector yet their platform arguably expends energy in an inefficient manner. Were the platform to eventually be used worldwide, I wonder what the implications would be in terms of energy consumption and labor intensity for digital miners.

Regardless, Lition is currently in its beginning stages and proving to be a successful means of connecting consumers to energy suppliers in Germany. With over 700 households using Lition as their energy provider and availability to over 41 million German residents, the company only hopes to expand (Bitcoinist). Despite some reasonable skepticisms, Lition’s challenge to the normalcy of the supply chain and actors in the energy sector in favor of a decentralized, democratized system is both a compelling and worthwhile endeavor. The concept is exciting to many in the field and if successful, can be scaled up and implemented in other sectors.

The Blockchain Standard for Business. 2018. Retrieved from https://www.lition.io/