As a result of anthropogenic climate change, there has been increasing pressure on states, policy makers and businesses to rely on clean energy. Consequently, we see that there has been an increase in the production of clean energy from renewable sources such as wind energy, hydroelectricity and solar energy. Jinko Solar Holding Co. Ltd., a Chinese company, is currently the world’s largest producer of solar cells.

However, China remains the world’s largest emitter of carbon dioxide. 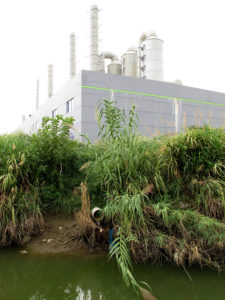 Even though increasing reliance on renewable energy is meant to reduce carbon emissions, 2018 has seen the largest level of emissions in history. Moreover, an increase in the production of solar cells has brought with it increasing concern over Jinko’s method of solar cell production.

A significant component of photovoltaic cells is silicon. Silicon is extracted from quartz and/or sand. For it to be used in solar cells, metallurgic grade silicon is first extracted from either of these natural sources. This process requires high levels of energy, which in itself may be cause for concern. Some may argue that the energy produced by solar cells should be paying back for this energy intensive process. However, one must keep in mind that the world’s largest producer of solar cells, China, is also the world’s largest consumer of coal. As a result of China’s data protection laws, I am not aware of whether Jinko uses renewable energy in the energy intensive process of extracting metallurgic grade silicon, or whether it uses energy from coal to do so.

Moreover, the latter part of the extraction process involves transforming metallurgic grade silicon to solar grade silicon. The process of producing solar grade silicon produces a toxic chemical called silicon tetrachloride, which could have devastating impacts on the environment if not contained and recycled. If it is recycled, it requires less energy to capture silicon from this harmful biproduct than to extract it from raw silica. Therefore, it is a more cost-effective and safer option for manufacturers in the long run. However, the equipment required to recycle this material could cost tens of millions of dollars. As a result, some manufacturers, like Jinko, choose not to recycle the harmful silicon tetrachloride. When this substance is released into the environment, where it usually comes into contact with water, it releases hydrochloric acid which acidifies the soil and emits toxic fumes. This then implies that stricter laws be must put in place and enforced so as to ensure that silicon tetrachloride is recycled, or a more affordable recycling equipment must be created so as to incentivise businesses to recycle this harmful biproduct.

Another harmful chemical used in the creation of solar grade cells is hydrofluoric acid. This acid is used to clean silicon wafers, improve its texture to better collect sunlight, and to remove damages on its surface. However, hydrofluoric acid is highly corrosive to human tissues and bones. Therefore, it must be handled with utmost care. In 2011, Jinko’s factory in the Zhejiang province in China spilled hydrofluoric acid in to the nearby Mujiaqiao river, killing hundreds of fishes and as well as the livestock of farmers who used the river water. Some researchers have proposed an alternative to the use of hydrofluoric acid. Scientists at Rohm & Haas Electronic Materials have suggested using sodium hydroxide, which is easier to treat and dispose. It is also less risky for workers handling this substance, and it is simpler to treat wastewater containing sodium hydroxide than hydrofluoric acid.

Although this article has listed some environmental flaws in the manufacture of photovoltaic cells, its aim was not to denounce solar energy altogether. Rather, the aim of this article has been to point out the need for stricter law enforcement to ensure that harmful chemical substances are not released into the environment in the solar grade silicon, and subsequent solar cell manufacture processes. This article has also shown that not all green initiatives are completely green. Nonetheless, it has pointed to the need for understanding the actual environmental impacts of green initiatives, and the need to hold them to the standards they claim to abide by.

Ritchie, Hannah, and Max Roser. “CO₂ and Greenhouse Gas Emissions.” Our World in Data, May 11, 2017. https://ourworldindata.org/co2-and-other-greenhouse-gas-emissions.