While writing about the ‘indigenous people’, one can easily fall into the trap of romanticisation and homogenisation. The United Nations Permanent Forum on Indigenous Issues describes the indigenous people as “the holders of unique languages, knowledge systems and beliefs and possess invaluable knowledge of practices for the sustainable management of natural resources”. But my research for a presentation on Alex Golub’s ‘Leviathans At The Gold Mine’ and my paper on the environmental perceptions of the people of Meghalaya (a state in the north-eastern part of India) reveal an unfamiliar story in the terrain of indigenous politics. 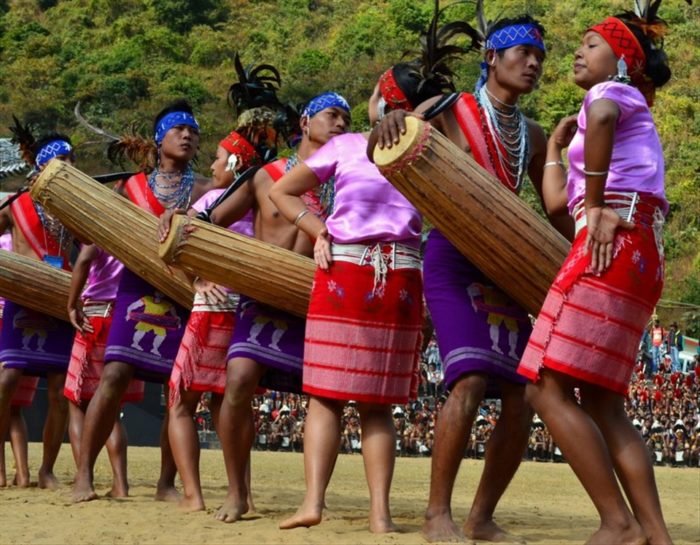 There is no denying the fact that indigenous people all over the world have borne the brunt of exploitative extractive industries, but media and academia often tend to overlook the internal politics within the ‘indigenous’ category. When I started reading about the responses of the people of Meghalaya towards the ban on artisanal coal mining imposed by the National Green Tribunal, I was taken aback by the sheer size of the protests and the sense of unanimity among the protestors. Here was a story of a group of indigenous people protesting against a ban on extraction of coal which was intended to protect the environment. To make matters worse, a mob of people from the same region fatally beat up some social activists who were trying to document the illegal extraction of coal after the ban. The indigenous people, often considered to be the guardians of the environment were acting in ways that did not fit into the stereotypical descriptions of the community.

But further dissection of the situation revealed many layers of actors whose interests were complexly entangled within the social structures and local politics of the region. Coal mining in Meghalaya is an unregulated and unorganised activity taking place in land owned by individuals. Owing to its indigenous context, the boom in the demand for coal led to a situation akin to a “land rush” as the economically and politically better- off people in the community acquired large tracts of land which were previously either under forest cover or considered common. Over time these entrepreneurial,  land owning individuals from the community capitalised on the demand for coal to emerge as the local bourgeoise. A visit to the region now will reveal an occasional bungalow with modern architecture looming over the more traditional houses usually made of bamboo. This is also seen in Golub’s book as he talks about the landowning elite with “tinted glass Toyota Land Cruisers”. The bourgeoise among the indigenous are also often treated as the face of the community and go on to occupy important roles within the traditional administrative structures. When outsiders try to document the indigenous community’s interactions with issues that transcend their territory, the representatives of the indigenous community are usually composed of a minority of people who ethnically identify as the ‘indigenous’ yet their socio-economic lifestyle sets them apart from the rest of the community. Not only have they garnered the social legitimacy to represent the community, they also own the means to mobilise the opinions and behaviour of the community. While the coal mine owners and the local politicians whose interests align with the mining industry represent the indigenous category during negotiations in Meghalaya, the elite landowners who benefit from the Porgera gold mine represent the interests of the Ipili during the negotiations in Golub’s text.

(Coal mine owners and local leaders)

(Protestors facing the podium where the people with the microphones sit) 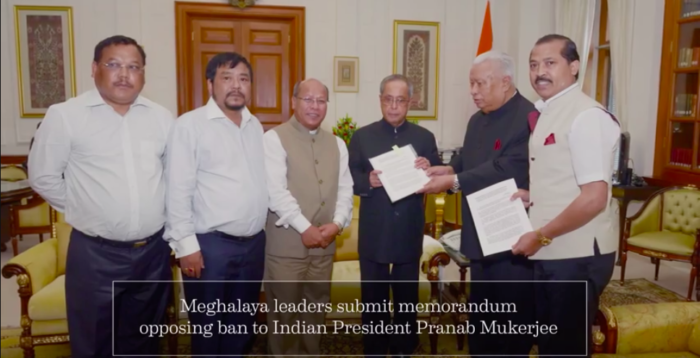 In the case of Meghalaya, the interests of the coal mine owners and the local politicians diverged, enabling them to mobilise support for the protest from most of the people whose livelihoods depended on the economy surrounding the coal mines. If you closely scan the crowd of protestors, you would find the coal mine owners and the local politicians perched on a podium with megaphones addressing a large group of people. When media reports on these protests, both the people on the podium and the people below are referred to as the ‘indigenous people’. Not only does this dilute the internal politics of the community, it also places the limelight on the hegemonic picture painted by the indigenous bourgeoise. As capitalist values penetrate deeper into the territories of the so- called ‘indigenous communities’, perhaps it is imperative to identify the often stratified nature of social relations within the community. In these situations, the ‘indigenous’ category does nothing more than the role of separating an ethnic group from the “others” and therefore, we must not be surprised when the ‘indigenous’ person acts in ways that do not confirm our stereotypical peaceful, feather-wearing, and nature-protecting caricatures of them.