Deep Sea Mining (DSM) is one of the “new extraction frontiers” likely to occur in the near future. DSM is the extraction of minerals from under the seabed, usually 500 meters below sea level. The target minerals exist in “polymetallic nodules” composed of nickel, cobalt, copper, and manganese. These are the materials that are used in cell phones, computers, electric cars, and solar & wind power. Altogether, these underwater mineral reserves are estimated to be worth as much as $16 trillion. There are three main geographic areas where DSM occurs, but the primary target area is the Clarion Clipperton Zone (CCZ). This zone stretches from Hawaii to Baja, CA and supposedly contains more cobalt, manganese, and nickel than all land deposits.

The mining process consists of a ship ejecting a collector vehicle, which then dives below to the seabed, vacuuming the top four inches of soil. In this process, the nodules are stirred to the surface and pumped via pipe back to the ship. This soil disruption creates collector plumes–clouds of sediment, dust, and whatever else is stirred up. Once onboard, the nodules are removed and collected while unwanted sediment is discarded and pumped back into the ocean. This creates another disruption, known as a discharge plume. It is unclear how far these plumes or their impact spreads.

While no mining has occurred yet, DSM is regulated by the International Seabed Authority (ISA), which was established in 1994 under the UN Convention of the Law of the Sea (UNCLOS). This 168 member UN Body promotes and regulates seabed mining outside Exclusive Economic Zones (EEZs) via time/area-specific contracts leased to member nations and sponsored corporations. The ISA is scheduled to release an official mining code by July 2020. Any DSM that occurs within EEZs is governed by national rules/frameworks. The ISA has never turned down a license application, granting exploration rights in areas with “high ecological significance” (like 10,000 square km of the Mid-Atlantic Ridge, which is adjacent to a unique hydrothermal field and World Heritage Site). Regulations are still in development, but currently, those with permits do not have to conduct environmental impact assessments.

Since the deep sea is not home to any humans and most of the land remains unclaimed, the environmental impacts are the primary concern and issue in need of regulation. The plumes are highly disruptive and harm/kill sea life, release carbon stores, and damage fisheries. The degree of damage is unclear, but many scientists fear “epic extinctions.” Life on the seafloor remains relatively unknown, but there are likely tens of thousands of species that rely on the atmospheric stability and will cease to exist with plume disruptions. Scientists are attempting to discover more life in the deep sea and develop assessment techniques to track the spread of plumes. For example, a group of researchers at MIT tried dying soil and tracking the spread by examining the distance and speed at which the dyed particles dispersed. Despite these efforts, there is very little baseline data which makes it difficult to create policy–how can you protect what you do not know exists? I believe that well-done contingent valuation can help form environmentally-protective policies for DSM.

Contingent valuation is a direct method of valuation that asks for stated preferences, usually through surveys, to elicit monetary values for respondents’ willingness to pay for public goods or to remedy externalities. It is increasingly used in cost-benefit analysis to support arguments for specific environmental policies/regulations. Contingent valuation is a method for measuring passive-use and nonuse (option or existence) values that cannot be revealed in market transactions since markets do not exist for these public goods or externalities. Specifically, it asks how much people would be willing to pay (WTP) to preserve or keep X and compares this with their willingness to accept (WTA) the damages–ie not having access to X/knowing X will cease to exist.

Although the results of contingent valuation surveys are never completely accurate, they are extremely useful; while graphs and theories about market behavior are sufficient for textbooks, issues that arise in the practice are not so clean-cut, and alternative methods must be employed. As Douglass North said, “the price you pay for precision is an inability to deal with real-world issues.” An oil spill, a real estate developer looking to acquire a large piece of protected land, or an endangered or threatened species–all of these circumstances are typically solved through legislation, the courts, or international bodies (whether at the national or international level). For legislators, judges, and committees to make the most educated and economically efficient decisions, they need to know the full extent of the advantages and disadvantages or damages and preservation values for all relevant parties. To do this, it often is not enough to simply rely on general economic models or technical cost estimation, created before many of these debates even existed, to yield comprehensive numbers. Experts can assess cleanup costs or the cost of pollution-prevention equipment, but they do not know how people value or would be willing to pay for such improvements. Hence, asking the public or an educated body is an imperfect but useful tool. The purpose of contingent valuation is to allow us to estimate preference values in areas where market forces and models are only a starting point.

A useful survey requires careful thought as well as experience. Understanding from disciplines like psychology, sociology, and anthropology (as well as economics and environmental sciences) may be needed. The statistical standards, interviews, closed-ended and factual questions, the scenario should seem realistic, sufficient background information must be provided so the respondent fully understands the questions they are being asked, the context of the questions, and the consequences of their answers (the environmental impacts and the impact on lifestyles). Lastly, as much as possible, the data should be analyzed by professionals who understand when/how to trim outlier results when necessary and present data realistically.

There are often predictable types of biases or other standard issues in contingent valuation survey results, but experienced researchers can prevent some of these and adjust for others. While contingent valuation studies can be very useful in helping to estimate the nonuse value of willingness to pay, especially when dealing with less widely-known subjects (like the creatures of the deep sea), we may see lower WTP from the average person. For example, most people would pay significantly more to protect a polar bear than a specific species of sea cucumber found in the deep sea. Still, contingent valuation can help researchers and policymakers to identify how people value environmental harms or improvements and serve as justification for environmental protections.

Industry advocates portray DSM as more environmentally-friendly and ethical than other, existing forms of mining. The majority of cobalt mining currently takes place in the DRC, which is notorious for rights abuses, environmental harms, and political corruption. They also claim that DSM extraction is essential to fueling the technology-driven economy of the future and is environmentally-friendly because the raw materials will be used to build solar and wind power machines. While it is true that the mining does not impose direct harm on a specific, human society (though we do not know the environmental implications for communities living near the mining areas) and that a portion of the mining materials will be used for renewables, it also ignores the tremendous disruption to biological diversity. The deep sea is not an uninhabited frontier–it is filled with life, and to argue otherwise is to take on a highly problematic, anthropocentric view. Unlike the precious materials extracted, these species do not have an inherent monetary value determined by market pricing. So, the benefits are easy to quantify while the costs have no value in the monetary sense. The contingent valuation process could change this, potentially protecting the species diversity. Surveys–especially within the scientific/academic community could give these creatures a numerical value that could protect them. If deep sea mining is an inevitable future industry, then any and all tools should be deployed to protect the impacted species. 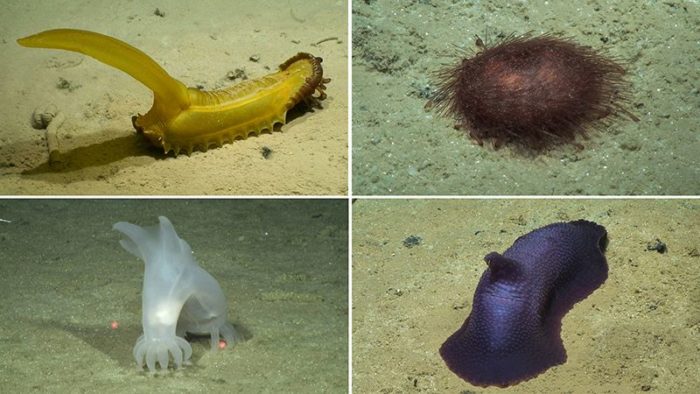